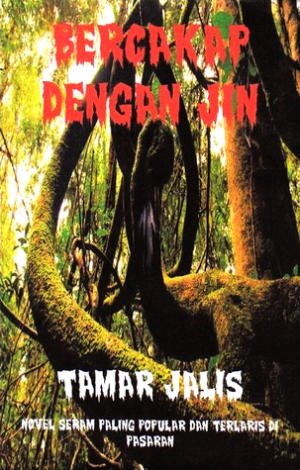 It is the year 1960. Long Mat Diah is hunting like he always did before he comes face to face with a forest guardian, an entity of immense power that terrifies men and spirits alike. Will he prevail or will he die? This is his story.

Told from the viewpoint of Long Mat Diah’s grandchild, Tamar Jalis, this is a story of pre-modern Malaysia. It was a story of djinns, demons, spirits and elves in the jungles of Malaysia in the days when the locals had to live among malicious ghosts, benevolent spirits, harmful demons and communist terrorists.

As Tamar Jalis often followed his grandfather on his travels, he discreetly gathered experience and knowledge in dealing with supernatural entities. Guided by his grandfather, who had tigers as pets, Tamar slowly prepared himself to face the world.

It needs to be said that this story was marketed as a true story and the people and places portrayed in this book really did exist. Some events in the book were also corroborated by existing newspaper releases of that time.