Tales of Aegiceras: Cave in 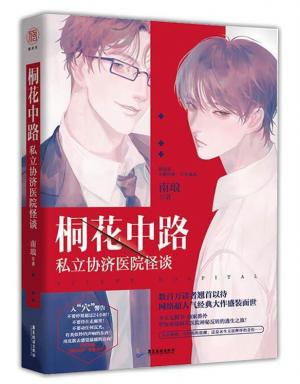 Sun Zheng ran into Lu Xia on his way to the dentist. Enigmatically, they stumbled into the Cave in Xieji Private Hospital on Aegiceras Middle Road together. With an invisible barrier keeping them away from the real world, they were stuck in the infinite darkness.

The laughter of babies, the footsteps on the stairs, the laments that kept haunting them… Unknown danger was lurking in the dim, desolate hospital.

The two of them came across the Record of Dark Occurrences, in which all the strange things that had happened in the hospital was recorded. With the Record as the only clue and a flashlight as the sole source of light, they groped for a way out of this dimension.

In every city, there were sins and curses that could never be eliminated, and the cavern was where they clustered. There was no way those who broke into the Cavern could put an end to what was happening in there. Escaping was the only option.