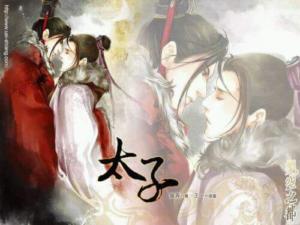 The more ruthless the Palace is, the more miserable the loser will end up—this he understands. But what he does not understand is, why the brother whom he lived together with peacefully in the past, would so heartlessly humiliate him today. Asking him to beg for mercy, asking him to succumb to his knees, and even… asking him to tactfully entertain him. “Yong Shan, ah, Yong Shan, as of today you are the one who qualifies to succeed as a Crown Prince, what exactly is it that you want?”

For the past 16 years, Yong Qi’s gaze was never set on him. Despite being twins with his younger brother, Yong Lin, Yong Qi has always been directing his smile and laughter towards Yong Lin, and to him, Yong Qi deliberately alienates him. He does not understand, they have the same features and looks, and he obviously is his brother too, but why won’t he be intimate with him… as if he is humiliating him. “Yong Qi, ah, Yong Qi, why won’t you understand, what I want is very simple…”