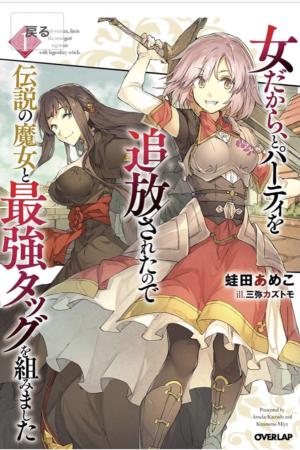 A woman adventurer Tanya, who became a high-ranking official sorcerer after a bloody effort, suddenly was fired because she was a woman.

To say it’s because I’m a woman. This guy, is that what he really just said?

“I told yah, if you change your class to healer, besides being helpful in raising children, you can even work for a clinic. Ah, a clinic huh. Just kidding!”

When Tanya was in a wilderness and cast super advanced sorcery “Explosion”, the legendary witch Laplace appeared there, saying:

“Will you have a party with me?”

“However, you won’t be magician, you’ll be a magic swordsman. And with maxed level from the beginning”.

— And from there the Great Witch (Legend) and the Female Magic Swordsman (Level MAX) yuri adventure starts!