Sword of the Yue Maiden 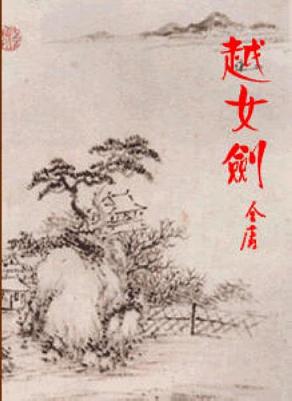 Sword of the Yue Maiden by Jin Yong was first serialised in newspapers in 1970.

This short story was the last of Jin Yong’s works. It revolves around the Yue Maiden, who lived during the reign of King Goujian of Yue (496-465 BCE).

The novel was based on the legend of The Yue Maiden, and the war between the Kingdoms of Wu and Yue during the Spring and Autumn Period.

The real name of the Yue Maiden is unknown. She is simply referred to as Yuenü, which can be translated as the Lady of Yue or, more commonly, the Yue Maiden. She was bestowed the title of Yuenü by the King of Yue, who was impressed by her exposition on the art of the sword. He decreed that his army adopt her style of swordsmanship and appointed her to train his army officers, who in turn instructed his army. Hers is the earliest known exposition on the art of the sword, and influenced Chinese martial arts for generations.

The war between Wu and Yue was the last major conflict during the Spring and Autumn Period. Yue defeated Wu at the Battle of Zuili (槜李之战) and King Helü of Wu was mortally wounded.His son, King Fuchai of Wu, defeated Yue three years later and King Goujian of Yue was captured. Goujian served as Fuchai’s servant for three years before he was allowed to return home.

Upon his return to Yue, Goujian plotted his revenge against Fuchai.