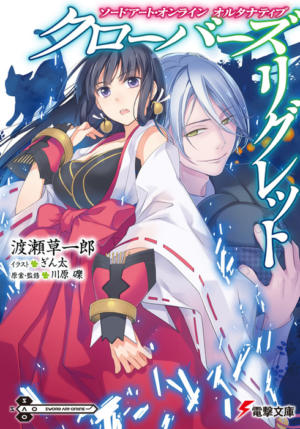 A long-living Japanese-style VRMMO game that started service in the midst of the SAO Incident.

This game, where Yuuki, Ran and the others formed the «Sleeping Knights» guild, also had a hidden story――

The Battle Miko Nayuta and the ninja Koyomi. The two girls who met in «Asuka Empire» by chance and became friends encountered a strange Priest in-game.

The elderly priest wished to request help from a «detective» to «solve» a certain quest. And he planned to pay 1,000,000 yen for the job.

The two girls were shocked by the exorbitant payment, but the «detective» who accepted the strange request was an equally strange young man. All of his stat points were invested into «luck»―― meaning that he was a tricky player who was absolutely weak in battle, but had an extremely high rare item drop rate……

The solution of the mystery in a cutting-edge VRMMO world by the «shady detective» , along with the two girls, now begins.