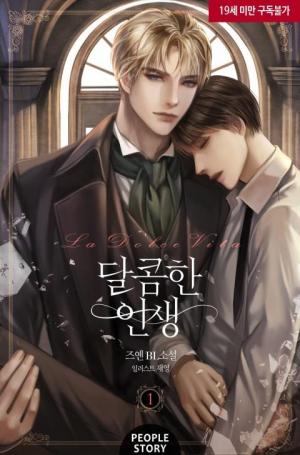 A society where the number of Omegas is significantly less than that of the Alphas, who see the Omegas only as tools to have their children.

The dominant omega Sunwoo, is also meant to live only as a fertile womb for Alphas if he can’t escape his fate. Sunwoo’s only hope was to leave the country after his twin sister, Rachel, marries the prince. However, when his sister is suddenly injured in an accident on her wedding day to the prince and unable to have children, Sunwoo believes that all his hopes have been dashed. At that time, Sunwoo’s sister suggests that he give birth to the prince’s son instead and Sunwoo must face Prince Charles, a dominant Alpha. Now the only way to save Sunwoo’s life is to sign a contract with Charles!

It was an unlikely start to their relationship, but what awaits the two in the end?