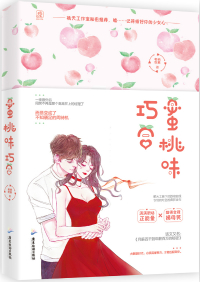 Every female employee in the company wanted to be Mrs. Zhou. They were all thinking about how fine Zhou Yi’s body was under his fitted suit.

Only Su Nanxing accidentally had a one night stand with him.

She wanted to say: Boss Zhou is even more powerful than what you think after the lights are turned off.

However, Zhou Yi was no longer the aloof Boss Zhou after this one accidental night. Instead, he became an insatiable beast.

Su Nanxing noticed that Zhou Yi was looking for all kinds of excuses to cling to her.

Zhou Yi said, “You are too delicious. How can I let you go?”

Later, Su Nanxing realized that he was a man who bought beautiful red clothes when he saw it and he liked buying her red lace underwear, red bikinis, and red dresses.

But what he enjoyed the most was Su Nanxing wearing each of these pieces for him to see.

She was like a present tied up with a red ribbon, waiting for him to unwrap her.

For the first time, Big Data recommended a nearby security guard to Su Nanxing, who earned a monthly salary of 4,000 yuan.

For the second time, Big Data recommended a middle-level leader of a state-owned enterprise to Su Nanxing, who earned an annual salary of 150,000 yuan.

For the third time, Big Data recommended the insatiable Zhou Yi to Su Nanxing, who earned an annual salary of 1 million yuan.

This is a story of where I will become better, become worthy of you, and more worthy than anyone else.

[1]Referring to an online shopping platform that is like Taobao.