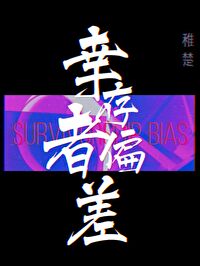 In the server called “Holy Altar”, a survival game among the upper class is officially launched. Amongst alliances, betrayals, and human games of deceit, surviving is the only logical solution.

After the smoke, only the survivors can speak.

The amnesiac An Wujiu witnessed the people around him being shot down in the moment he opened his eyes. At the moment of doubt, the hovering green message went off in front of his eyes.

The first time he saw An Wujiu, Shen Ti felt curious, the kindness and vulnerability in those eyes weren’t fake. He thought, how could this person survive in the Holy Altar. Until he saw the sudden change in this person’s character: reckless gambling regardless of the cost, the right words and materials at his hand, the excitement he felt even at death’s door, and his calculating methods to victory. Only then did Shen Ti realized that his cognition has been rather biased.

Fortunately, he’s not a normal person either anyway.

1. [This book has no cold-blooded madness], AWJ is a little angel who often blackens randomly (this is uncontrollable, and not a dual personality) he will slowly return to the normal state of neutralization between the two. He lost his memory and was seriously injured, was targeted, either at the beginning of the game or every second. This novel is without a “Cool Article” tag and don’t want it to be tagged, if you don’t like it, don’t enter.

2.Strategy games and psychological warfare are the main focus, not horror (but some volumes will also be weird).

3.No infringement, please do not infringe

4. When you don’t know each other, there is a duel between two people. There is a fight, you beat me and I beat you, extreme control of the party and cautious.

5. There are many roles, there may be a side cp, but there are few related content.

6. Some knowledge of game theory is applied, you’re welcome to discuss it, please don’t copy it. Volume 1 refers to the board game “Life Boat”, which has been authorized by the producer (@智研家). Although the background and characters are different, the game is very fun for everyone!