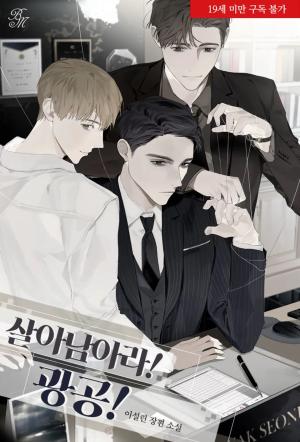 He possessed a gwanggong in the BL game his junior made.

A black house with no traces of human existence, a refrigerator containing only EviX and Western liquor.

Shower only with water falling from the sunflower showerhead, but the water temperature couldn’t be adjusted.

The hot chocolate was desperately needed, but the only coffees available were espresso and americano.

He couldn’t even choose a franchise sandwich, let alone dakhanmari, which was his favourite food.

Mealtimes, which were frequently cancelled, must be kept somehow.

“How about just one meal… can’t we eat properly?”

In this harsh world, there was only one person who could help gwanggong live a human life!

…however, he never wanted to create a strange atmosphere.

Unexplained love for the main ‘sue’ and anger that burst when he saw the sub-gong.

With one ear letting out the emotions that the system imposed, Seon-woo was busy choosing options.

If he could choose…