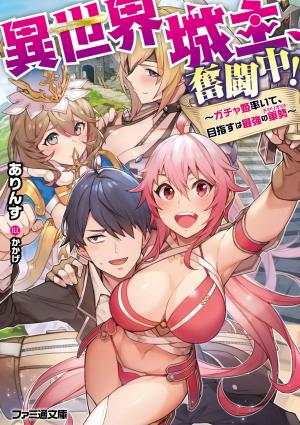 Yuusaku Kaji was playing a game on his smartphone when he was suddenly sucked into it and got transported into a game world.

Then, a dragon that claimed to be god told him, “I will grant you a territory and a castle, so become the king and create the strongest army”. Yuusaku became the lord of a run-down castle just like that, confused, with no clue what the dragon was talking about.

The only thing the god taught him was the champion summoning(Gacha). When he did it, he summoned a girl named Orion, who had the rarity ranking of R (Rare).

Together with Orion, who has a low rarity complex, the unreliable king will build the best army of the continent while rebuilding his run-down Castle.