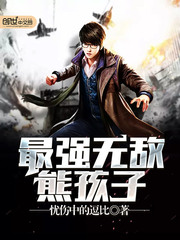 Qin Xiaotian transmigrated into the body of a five-year-old orphan of another world, in the Nine States Continent.

After obtaining the Invincible Devouring System, he can devour and learn anything.

With his teeth, which are harder than everything, there’s nothing that he can’t consume.

With the help of the system, he learned how to cultivate by breathing and how to train his body after biting stone with his cheats.

Having such cheats, Qin Xiaotian tries to dominate the universe and become the invincible… brat.