Starting With a City as a Transmigrator 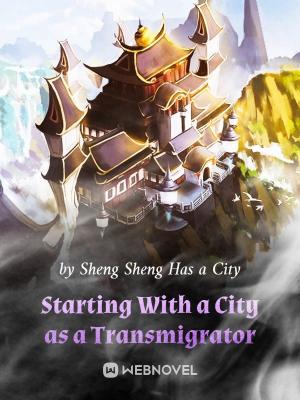 After curing Earl Miller’s youngest son of a severe illness, the mysterious transmigrator, Wang Lun, doesn’t receive the promised 100 gold coins for his reward. On the contrary, he is conferred the title of Baron and receives Yale City—a city abandoned after all of its resources were exploited, and has now become a gathering place for refugees.

Fortunately, Wang Lun owns a system that allows him to transmigrate freely between 21st century Earth and another world that resembles the era of the west during the early Cold War.

He develops the city using resources from Earth—cheap and affordable items such as ceramics and glass cups are regarded as treasures and sell for a considerable amount of gold coins. He builds an army and supplies the soldiers with more advanced weapons. He brings over unusual seeds for farmers to plant and merchants to trade, allowing them to earn a fortune. He becomes a trustworthy city lord in this process, while also fulfilling his former dream of being a business owner.

Due to the city’s thriving growth, others covet his success. Thus, wars erupt, threatening the peace of Yale City. How will Wang Lun go about being the savior of Yale City with his knowledge and resources as a transmigrator from Earth?