Starting Anew as the New Me 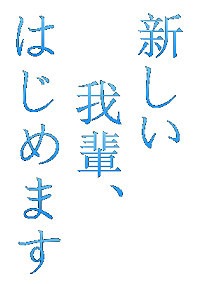 The Demon Lord who unified the Demon Realm, Dalewatts, starts his invasion of the Human Realm to bring it under his rule.

At that time, the announcement “The one that shall pull out the Angel’s Sword will become the hero and defeat the Demon Lord” circulated through the Human Realm.

Dalewatts, who heard about this, transferred his soul and magical power into a human body and slipped into the ceremony to try and destroy the hero and the sword himself, but there was no one who could pull out the sword.

The onlookers were also made to participate in the ceremony and when Dalewatts’ turn came, with no way to escape anymore, he helplessly grasped the sword, then, at that moment, after his magical power got absorbed by the sword the spirit inhabiting the sword, Erin, appeared and the sword fell out.

By pulling out the sword he got recognized as the hero and his life of subjugating the Demon Lord started…… However, that Demon Lord is he himself.

Thus the mysterious adventure of going to defeat himself began.