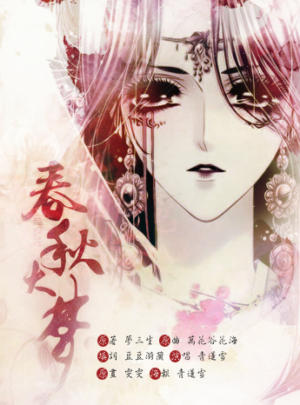 Unable to defy her fate, Xiang Bao went to the Country Wu, carrying with her honour and a mission. Awaiting her was a big conspiracy. The people who were affiliated with this conspiracy all died one after the other but only Xiang bao was safe and sound. Was it because she was a trump card, or was it because someone was protecting her? Fu Cha was arrogant and cold, but towards Xiang Bao, he was doting. Was it because he had fallen for the honey trap? Or was it that when the honey trap was about to have a curtain drop, what was once a honey trap had turned into love? Even though he knew it was a honey trap, he was still willing to fall for it.

She said to him, “The king is the whole world’s king, but Fu Cha is a king that belongs only to me.”

When that arrogant king had abandoned his murdering sword just for her, her heart became willing to follow him anywhere.