Spending the Male Lead’s Money to Change Her Fate 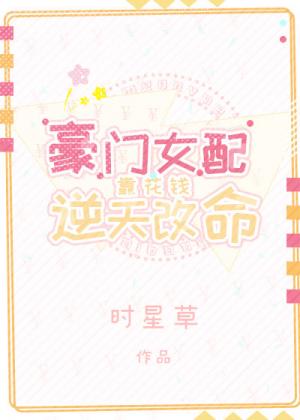 Two years after Jiang Qiuyi’s wedding, she realized that she was but a cannon fodder in a novel.

It didn’t matter that she was being thrifty with money, or that she walked on thin ice everyday trying to be the best wife that she could be, Lu Mingcheng, her husband, would still divorce her in a year’s time and left her with nothing.

Jiang Qiuyi, who had now been enlightened set a goal for herself: she is going to spend 10 billion yuan first before she worry about anything else.

A private plane? Why not!

Everybody thought that Jiang Qiuyi had lost her mind and waited for the day she was swept outside of the Lu’s door.

When their wedding anniversary came around, Lu Mingcheng gave Jiang Qiuyi shares of his company as a gift.

Lu Mingcheng noticed that his wife had changed.

She went from one who too frugal to even buy a purse for herself in the past to one who spent money mindlessly.

There was no more room for his clothes in the closet and Lu Mingcheng went from surprised to acceptance.

All the way until…

His assistant told him that, “Sir, Mrs. Lu invested in an entertainment company today and signed 10 little fresh meat. They are going to have a celebratory dinner tonight.”

Lu Mingcheng: I am sure there is still a place for me in her heart.