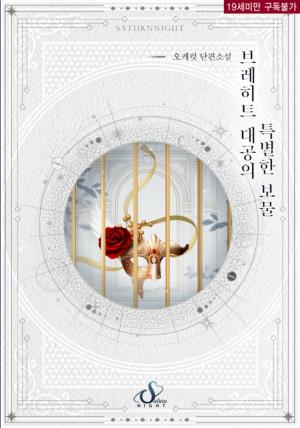 “I would like to make a proposal to the princess. Will you marry me?”

“Actually, if you give birth to my bloodline, you will be freed from your hidden prison and live in peace.”

A princess from the Duchy of Batemann, who appears to be on the run, staying in a convent on the Brecht estate after two marriages and bereavement. She was curious about the Archduke’s eyes.

A woman with misfortune, doesn’t she seem like a good fit for me, who is called a monster? The Archduke’s suggestion flashed into Diana’s mind along with the scandals that followed him.

Archduke Brecht, the owner of the prosperous West, the Grand Duchy of Lichtal. An undefeated commander who is brave enough to be known by everyone’s name. However, he is a man with a vicious character who weak people fear just by making eye contact. And a man with two or three genitals. They said that there were plenty of women who entered this man’s bedroom and ended up dying or going mad.

In summary, Archduke Brecht is a pervert in bed. But for Diana, returning to the Duchy of Bateman was more tragic. She proudly told the Archduke that he would give him a fertile castle if he divorced after giving birth to an heir.