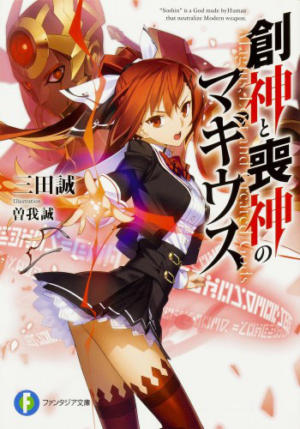 Soushin. It is a divine spirit created by humans, a new generation of sorcery that allows manifestation of one’s exclusive [God]. It is immune to all physical attacks and can overwhelm all modern weaponry. Modern magicians that are able to use such powers are known as . “The Management Army” conceals its existence and if one crosses the age of 16, they lose the chance to acquire this limited contract. Returning alive from the caused by the army, 18-year-old Hajou Soushirou was supposed to start his long-awaited student life. Together with his first friend, Akegiri Hiiro in a good environment filled with hope. But what awaited the young man was an unexpected position as a teacher and the war that was supposed to have ended. In order to save the maiden, Nanahoshi Yuuka that was assaulted by “The Management Army”, Soushirou called the name of a forgotten God.

Raising the curtains on an awakening and accelerating summoning sorcery action story!