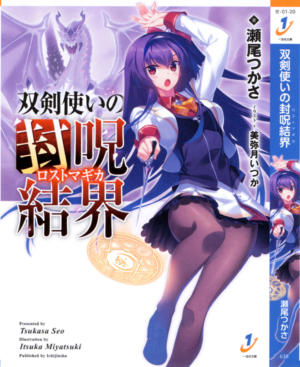 Young people were summoned into another world, and frequently would return to Earth and retain the powers that they had acquired.

One day a rift to another world opened above Tokyo in the form of a black fog that covered the entire city. From that rift emerged a fearsome monster that destroyed everything in its path, sealing the rift in the process.

Those who returned from other worlds discovered that Tokyo can be released from this curse via the destruction of pillars that supported the Black Fog. However, the pillars were massive in size and nearly indestructible.

The strongest of those who returned begun waging a fierce battle to dispel the black fog. But hidden within the Fog was a tremendous presence lurking within its deepest parts…