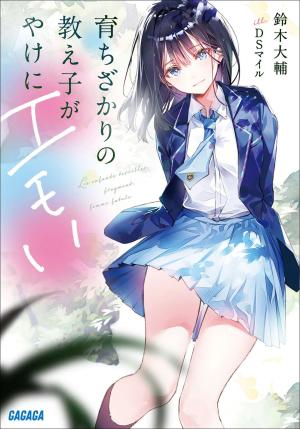 As for me, Onodera Tatsuya – a teacher who just took office. Hinata is a student and an old neighbor to me.

Due to her rapid development, she has become more mature than her peers, and because of that, Hinata quickly becomes the center of false rumors.

But in truth, Hinata was still much more childish than she looked.

“Hey brother, carry me, carry me!”

“No no no. What’s the point of getting old and asking to be carried?”

In the middle stage between adults and children, a fleeting glint exists only at this moment.

For those who didn’t take long to mature, the luminosity was so dim that it was barely noticeable.

“By the way, brother still a virgin, right?”

“Shut up, why would a child care about such things?”

Then at some point it will flap its wings and fly to new horizons. So at least for now, I want to follow every step of the way while I can.

Today, I will continue to face Tsubakiya Hinata.