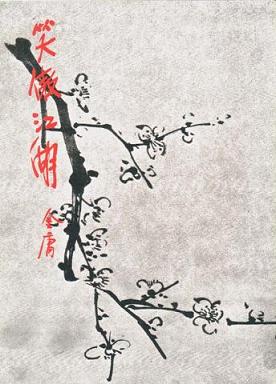 The story is about friendship and love, deception and betrayal, ambition and lust for power. In the middle of it all is, Linghu Chong, an orphan who is the senior student of Yue Buqun, leader of Huashan Sect, and the protagonist of the story. The story deals with his journey and development as a swordsman and his witness to the various intrigues which take place in the martial world of the story.

Much of the plotting and intrigue in the story deal primarily with the relationship of many of the characters to a legendary sword manuscript. Legend has it that there is a martial arts manuscript Bixie Sword Manual in the House of Lin, which when learned will give the person god-like speed and power. Many people lusted after this manuscript, among them Zuo Lengchan, the leader of Songshan Sect and leader of the Five Mountains Sects Alliance, Yue Buqun, Yu Canghai, leader of Qingcheng Sect, who sports the somewhat nonstandard Szechuan dialect.

The Smiling, Proud Wanderer is a wuxia novel by Jin Yong (Louis Cha). It was first serialised in Hong Kong in the newspaper Ming Pao from 20 April 1967 to 12 October 1969. The Chinese title of the novel, Xiao Ao Jiang Hu, literally means to live a carefree life in a mundane world of strife. Alternate English translations of the title include Laughing in the Wind, The Peerless Gallant Errant, and The Proud and Gallant Wanderer. Another alternative title, State of Divinity, is used for some of the novel’s adaptations.