Sister-in-law of the Heroine in a Childcare Novel 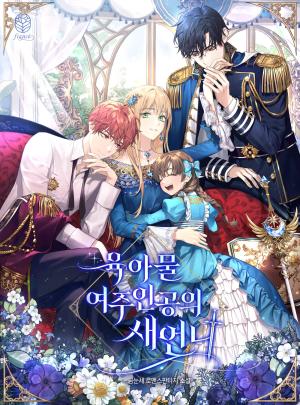 I was reincarnated as a supporting villain character.

A tr*shy princess who was obsessed with the big brother of the cute heroine and eventually poisoned the heroine to destroy her.

I made up my mind and prepared to run away. After saving the heroine, things went wrong.

“Those who touch her, chase them to the end of the world and destroy them.”

“Hahahaha, they call me a mad dog. If a mad dog ​​bites people, is it crazy?”

Gee, calm down everyone.

Because I’m leaving to enjoy my dreams, hopes, and money in a seaside villa with beautiful waves! Everyone should be happy too!

“…I thought you were really dead. I…”

His golden eyes that contained me were engulfed in emotions I couldn’t read. I felt like I was going to drown just by looking at it.

Please don’t disappear in front of me like that anymore, while whispering earnestly. I was at a loss for words to say to him, who grabbed my hand as if tying me to go nowhere.

“It’s okay to hate my brother! But, don’t hate the duke’s money!”

“Is everything bothering you? Then choose me instead. Don’t let it bother yourself, Duchess. I’ll be by your side anytime, anywhere.”

Even the second older brother of the female protagonist, who always looked at me like a thorn in his eyes, became a bit strange.

What is wrong here?