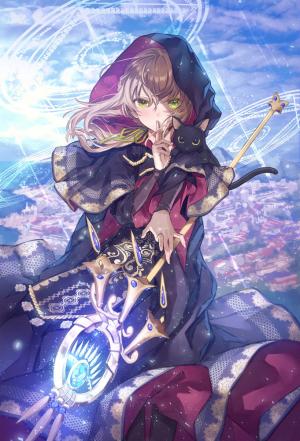 Monica Everett, a genius magician, was extremely shy and terrible at speaking in public.

To that end, she worked hard and mastered the art of countless magic, which she could use without chanting. After being chosen as one of the Seven Wise Men at the tender age of fifteen as the “Witch of Silence,” she lived a quiet life in the forest.

However, two years have passed since then, and one day, Monica received an order.

And it was to secretly protect the second prince to the academy undetected.

In order to protect the prince, Monica must infiltrate a glamorous school for the children of noble families.