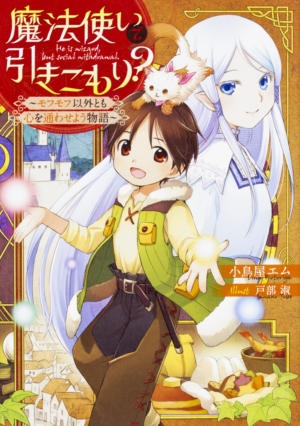 An Ojii-san was reincarnated thanks to a kind Goddess. He wished for a 「healthy body」. However, for some reason he received the cheat ability to use powerful magic instead! Even so, he rarely used the ability.

When he ―― Shiu, turned 11, the Goddess appeared and informed him ――。”Become an adventurer and enjoy life.” He went to the Royal Capital in order to become an adventurer, on his way there, he met a beast mount, Faris, who became his pet. From there he began his new life.

Shiu’s world broadened little by little as he took on requests at the Guild and interacted with different people at the Royal Capital ――。 Shiu, the boy with a truly powerful ability, starts his easy going life in a fluffy different world!