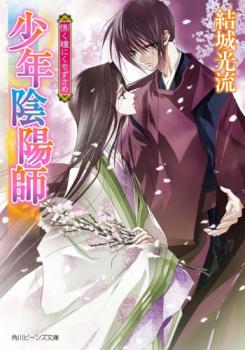 The series is set in the Heian era. Abe no Masahiro is the grandson of the great onmyōji, Abe no Seimei. Seimei passed his teachings on to his grandson Masahiro, who has lost his sixth sense and the ability to see spirits. Masahiro constantly feels resentful for being in his grandfather’s shadow.

Even so, one day, Masahiro meets a fox-like creature which he names Mokkun, who shows him his true powers after fighting a demon. Mokkun is actually Toda who prefers to be called Guren. He is one of the twelve shikigami called the Shinsho, who has pledged his loyalty to Seimei and is helping Masahiro surpass his grandfather.

Masahiro’s dream to surpass his grandfather may not be realised easily as not only does he have to convince the other Shinshō that he is Seimei’s true successor, he must also increase his power in order to stop the demons coming over from China, the other parts of Japan, the Underworld, as well as rival onmyōji’s who want to destroy Japan. He also has to keep his promise to protect Princess Akiko of the Fujiwara clan.