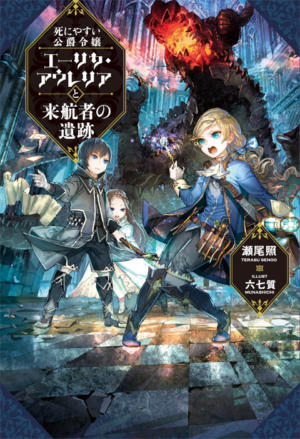 On one spring evening when I was eight years old, I realized that I was Erica, Duke of Aurelia’s daughter.

Huh, did I get reincarnated into a fantasy world?

Moreover, it was the romance-fantasy girl game that had the reputation as being bloody, 『Liber Monstrorum ~Phantom Beasts and the Winter Princess~』

The face that was reflected in the mirror was the villainess character of that game.

After repeatedly harassing many characters, including the heroine, she would surely die at the beginning in a bizarre incident. She was a villain who deserved to get the consequences!

—I absolutely didn’t want a destiny like that, though?

No, for me who had remembered the memory of my previous life, there would be no such a thing.

In my previous life, I was harassed by an angry yandere man who said ‘I am absolutely in love with you’ and accused me many things.

My cause of death was also from being stabbed by another yandere man who I only had talked with a few times….

If it was the proud villainess Erica, would the misunderstandings like with the previous life’s yandere men still happen …?

In that case, it would be fine as long as I dealt with the death flags that I had raised.

All right! First of all, before the bizarre incident began at the Magic Academy, I would strike down the death flags accordingly!!

It seemed that I was about to die.

Eeh, how did this happen—!?