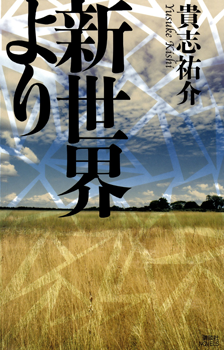 In the Japan of a 1000 years from now. A humanity that has acquired the telekinetic power called ‘Jyuryoku’, while terrified of the legendary abominations called ‘A’ki’ (Fiends) and ‘Gouma’ (Karmic Demons), has built a peaceful society. However, a group of children previously under the school’s strict control, as a result of violating a certain rule, have suddenly descended into a nightmare! The false peace crumbles away, as a fantastic archive tells them the truth of humanity’s bloodstained history!?