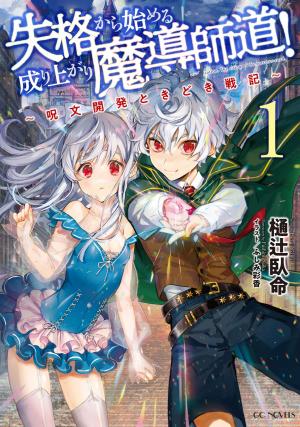 Arkus Rayseft has a dream a few weeks after he disqualified as a successor to the Viscount family.

It’s a strange dream to experience life of a man.

It is the life of such a man who was born in a common family and died in an accident in a world completely different from the world where Arkus is.

When he wakes up, Arkus decides to use his memory to master the magic of this world.

To turn back on his parents who despised himself as incompetent.

A boy born to the eldest son of noble and abandoned due to his lack of magical power will rise in a world of swords and magic based on the knowledge and experience gained by re-experiencing the life of a man in the modern world. That’s the story would tell.

Since the war record element is about essence, it may take quite a while to come.