She Doesn’t Want the Face-Blind Husband 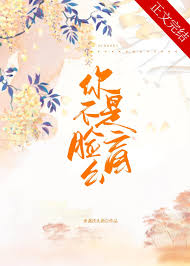 When proposing, Gu Ningxi praised Tao Xinhe for her “perserverence and responsibility”, and on his wedding day, he vowed in public to “be one and only pair for life”.

Tao Xinhe believed it, believed it deeply, and devoted herself to being a good, virtuous wife for her faced blind husband.

Knowing that Gu Ningxi sees everyone as a tile face, she does not change her clothes or incense, and finally let him rest assured to embrace her;

She accompanies Gu Ningxi to the banquet and party, and mentions the names and origins of the guests, so that he can get rid of his arrogant name;

She accompanied Gu Ningxi while he misses his mother, endured the cold face of her grandmother, and dealt with the entanglement of her uncle and aunt, so that he would have no worries.

Yet nothing compared to that— Gu Ningxi could see Mo Qiqi’s face. In his eyes, only Mo Qiqi was vivid and pleasant, and the faces of the others were blurred.

He focused his eyes on Mo Qiqi, coaxed her softly, and allowed her to touch him. For this reason, he deceived and neglected his wife, and he couldn’t recognize Tao Xinhe who had changed her clothes.

Tao Xinhe’s heart died, determined to go, she left a letter of divorce. Her father and younger brother treated her like a jewel, she regained her spirits, and when she heard the news of her ex-husband taking Mo Qiqi into the mansion, she only smiled.