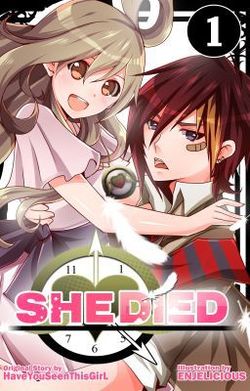 Eros is a rebel, known for his truancy and violence. He mugs people for money, smokes cigarettes and often ditches school. He hates his parents, his life and people in general, with one exception… his younger sister Chill and his older sister, Risa, who has cancer.

One day, while beating someone up for money, he meets Eris, an angel from heaven who was assigned to help him become a better person. Completing the mission requires Eros doing good deeds. If they suceed, Eris’ wish to live again is granted, and Eros himself is also granted a wish, for his sister Risa to live.

Eros thinks of Eris as annoying, an overly cheerful freak of a girl, and Eris, well, she’s always been someone who sees the good in everything. The mission’s path to completion is sure to be a bumpy one.

But will they succeed?