She Become Sweet and Cuddly 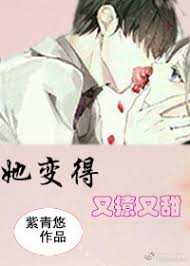 Lin Qingqing was still talking to her friends about taking part in the singing contest the previous night. When she woke up the next day, she came five years later and found that she had not only married a overbearing president she didn’t know at all, but also had a child with him?!!

What kind of dog blood plot is this?

It is said that she still doesn’t like her husband and children, and the most thing she wants to do every day is divorce.

Looking at the pitiful eyes of Little Meng dumpling that was looking for attention and care in front of her, the handsome and rich, carefully spoiled her, want to get close but dare not, her overbearing husband, Lin Qingqing heart felt soft, “just accept it”!

At first Lin Qingqing only wanted to be a good mother, but later she found the husband so charming that she only wanted to roll in his arms every day….

Yi Zeyan knew from the beginning that the woman did not love him. No matter how kind he was to her, she didn’t appreciate it. Even if she married him, she was not willing to look him in the eye. Later, she simply lost her memory and completely forgot him.

However, he did not expect her to become different after losing her memory. She not only did not reject his approach, but even smiled at him. Later, she even stick close to him from time to time and act like a spoiled child to him.

She has become so sweet, how can he endure it…