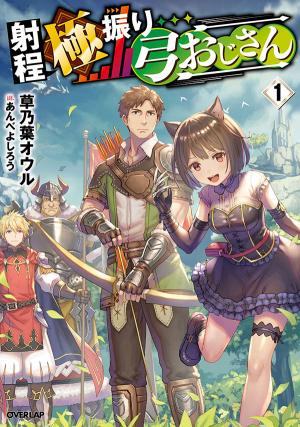 After retiring early from his job as a game developer, Nagai Kyuji descends into the world of ‘Next Stage Online’ under the name ‘Kyuji.’

But while he wanted to be in the advance guard, his reflexes were not what they used to be. Unable to dodge attacks, he was forced to give up.

It was once he settled as an archer that a sudden idea came to him.

‘In the wide open world of a VRMMO, wouldn’t you be unstoppable if you chipped away at someone’s health from a position where they couldn’t retaliate?’

This is the leisurely adventure journal of a man who went on to prove this theory, and to enjoy this second life while mastering long-range attacks.