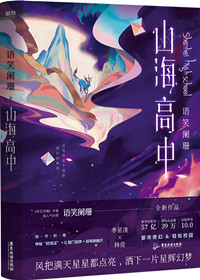 Lin Jing was pretty much your average good student, as he was serious, diligent, and polite.

After his second-grade high school transferred, he was forcibly recruited to become a minion of the troubled student, who had ranked first from last in the grade.

In this regard, Lin Jing had confusedly raised a question, “Why?”

Ji XingLing, who hung a school uniform over his shoulders, sloppily leaned against the wall, as the golden sunlight fell on the tip of his hair. “Can’t help it; blame yourself for being a careless little monster.”

It’s over; this boy must have a loose screw.

On the day of his eighteenth birthday, Young Master Ji who had styled all over his hair with pomade, was blocking people at the door, and while felt himself as a domineering President, “Are you free tomorrow?”

It is a casual school life fantasy and Qilin’s attack.