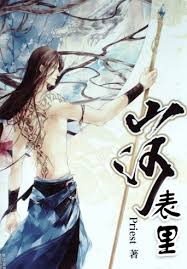 One former agent chased the leader of the drug trafficking group, “The Big Ghost”. After the successful attack, he fell to the cliff and stumbled into a small county with a serious injury. In the small county, he met two strange people. After he healed him, he would be back to the mountains and asked him to teach the children in the mountains. He found that the children are endless and brave, and the mountain is also awkward.

The people headed by Nanshan, named “Shoushan people”, for most of the year, they could not step out of the “river” boundary to the world where ordinary people live.

The mountain is guarded by the “mountain guards” and has an annual reversal of the mountain gate, and around the “door” there is also a mysterious group called “the gatekeeper”, guarding the mountain and the holy water.

At the end of the “door”, many unknown shadows were preparing to go out. In order to protect the mountain guards and gatekeepers, the “Nanshan Mountain” and the guardian Lug Patriarch and the old knowledge of Yuan Ping, they launch a strange adventure in the world of the door.