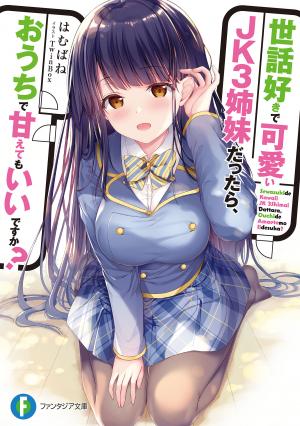 Haruki Hitomi, a 27-year-old corporate s*ave, heavily intoxicated, meets three cute but distinctive sisters who have run away from home. The girl in front of Haruki is the eldest, Iori Kozakura, a strong-willed girl with a tendency to lose her temper. The second daughter, Roka Kozakura, who is constantly annoying and (self-proclaimed) great at teasing. And the third daughter, Hakua Kozakura, who tries to act like mature but ends up behaving like a child despite her age. As their cohabitation begins rather haphazardly, Haruki finds himself working less overtime and improving his dietary habits. His gray everyday life gets more colorful — A love comedy of an ticklish everyday life.