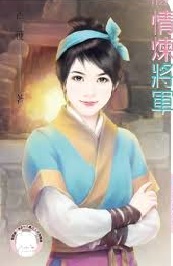 She is the world-famous Forge Master and her reputation has spread throughout the continent. Damaged swords and blunt swords can be brought back alive with her skillful hands.

With admiration for her skills, many people came to seek her service to repair their weapons but as her reputation grew, troubles followed.

Take that man, for instance…….that stinky man who is known as the “Fierce General’.

She just did not want to suffer and travel so far to the Desert of Death to help him repair weapons and this crazy man sent someone to hunt her down for a year. Not only she could not do business, she also had to go into hiding and wander from place to place until one day, she was finally captured by his elite guards.