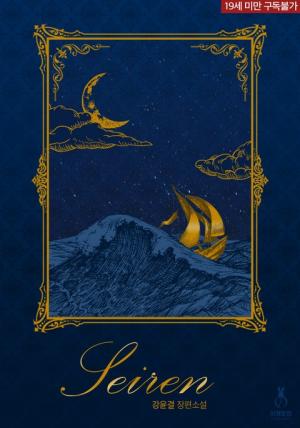 He was Madat, the most powerful and greatest high priest of Kandar, one of the five places in the continent.

Although he was a human closest to God, while at the same time, a representative of God, he couldn’t at least be freed from the curse strangling him since he was born.

She was Seren, the one who resembled the mermaid in a legend orally passed down, said to be a symbol of misfortune in the world.

She, who was captured as a thank you gift that would be offered to Madat, whispered to him to kill all the villagers who had betrayed her.

“Then what will you give me? If you ask me for a favour for one reason or another, I expect that you would have something to offer to me. I don’t think you’re naive to the point you wouldn’t know that.”

“I will be able to offer an exhilarating time to Lord Madat.”

Seren was a smart and cunning woman, and at the same time, an unique woman,

And so, Madat chose her.

The person whom Madat loves dies no matter what.

The beginning of the curse