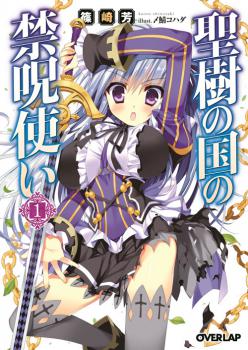 Failed on his job-hunting, shut-in Sagara Kurohiko went to the mountain on the day of a typhoon where he is struck by lightning and dies. But he is still alive, in a strange land with a great holy tree. To his surprise, his physique has rejuvenated to when he was teen. Brought to the academy near the tree, he is soon suspected as a spy from another country, and was brought to the headmaster. An accident happened on the way, which enraged the headmaster. Before Kurohiko can get blasted by magic, his eyes laid upon an old parchment. He took it and read the contents. Suddenly four holes appeared and black chains came out from each of it, binding the headmaster. It is then revealed that Kurohiko just recited an incantation of “Forbidden Art,” an art which is extremely powerful from a legend. Apparently, no one has been able to decipher the contents of the scroll, which makes Kurohiko the only current Forbidden Spellcaster. Sparked by this, the headmaster offers Kurohiko to attend the academy.