See You in the Future 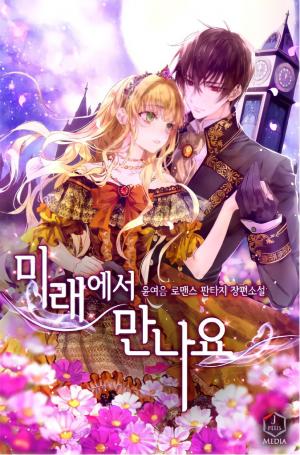 This was a nightmare.

Ed and I, who used to quarrel every time we met, are married to each other. In addition, we are a couple second to no one in the empire, we were lovebirds!

“The first thing I found out was that I’d ascended the throne as soon as I graduated, and this place is the future in five years.”

“…either I’m crazy or Senior is crazy, or we are both crazy.”

“Also, we are married, and it has been three years.”

And, the reality to be united as Emperor and Empress was before my eyes.