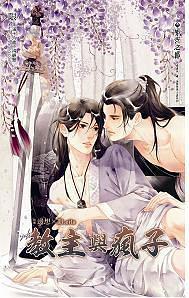 In miserable times, drinking water could even satiate hunger. Thankfully, Han Qingyan didn’t die when he fell off the cliff, but was instead forced like a woman and expected to birth a child!

You psycho! Look carefully! I’m a man!!! Even if I am topped every day, I can’t produce an egg!

Unfortunately, no matter how angry or helpless he felt, he couldn’t deny it. With his Evil Sect Sect Master’s position usurped, the only one whom he had was Psycho. It was warmth of a lifetime that he would never forget. Even if he recovered and forgot everything that had happened, even if he had everything and no longer cared for a stranger like him, he would still sacrifice his all for him….

The righteous and the evil had always been at odds. He had been plotting everything. Just for this one person, this relationship, and his heart.