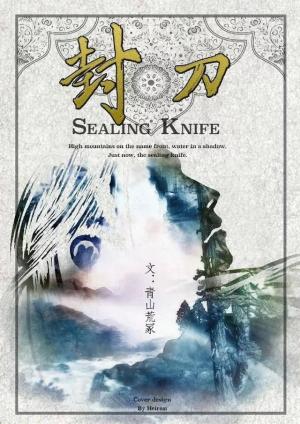 Can jianghu wanderers ever refrain from messing around?

The turbulence of the world fostered us, whose existence upon joining jianghu going by as quick as a blink.*

“In this world where war erupts throughout, jianghu is a cycle of vengeance and retribution. You either persist, or you perish.”

Many years ago, a young Chu Xiwei who recently joined the sect was chilled to the bone by those words he happened to have heard.

Seeing that his young disciple was scared quite enough, Ye Fusheng leisurely sipped his tea, “What I just said is pure nonsense.”

Every young chivalrous individuals joining jianghu would happen upon one martial art scroll or another. Ye Fusheng was so often tricked by this preconception in his younger years that when he got older, he decided to hoard other people’s scrolls.

But jianghu didn’t work as simply as that.

It was a society of using one’s might to carve one’s path, of competing for artifacts and debating one’s skills.

Legends would never fade with the withering time, just as hatred would not disappear in a peaceful age.

As the golden time passed, all splendor would be reduced to dust. With it, Glimpse of Grace** was sealed away from the world.

* From an unnamed poem, by an unknown poet (rumored to be authored by Li Bai).

** The sword name is 惊鸿掠影, which in context of the story can also be separated into its short title: 惊鸿 – Jing Hong, and the name of an organization 掠影 – Lue Ying.