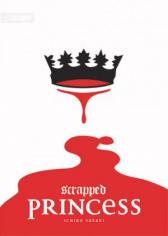 The story takes place in a fantasy world and revolves around a 15-year-old girl Pacifica Casull who is a girl child born in a set of twins into the royal family of the kingdom Leinwan and then abandoned. The 5111th Grendel Prophecy predicts that she is the “poison that will destroy the world” before the sun sets on her sixteenth birthday. As a consequence, she is dropped off a cliff as an infant. Believed to be dead, no one realizes her continued existence until after Pacifica is already 15 years old.