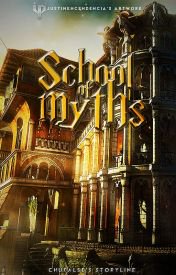 School of Myths, a school where certain beings study, they were called Mythical Shamans.

The school was located in a place where no one would be willing to visit. Because this place was believed to be a nesting ground for evil creatures. Though the school and its students were never proven to be real, or maybe they were just made up by a few people who managed to visit the place and came back.

And it was then that the place was called “The Den of Evil”, so it was prohibited by the government to visit or even get near the place, because of the dangers that await those that dared go there. Until now the place remained a mystery and for whatever creatures lived in that place.