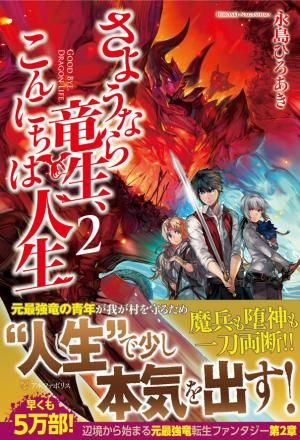 The oldest and strongest Dragon who grew tired of living chose to die when the Heroes came for his life. When the Dragon’s soul was waiting to drift toward the Sea of Souls, that was when it noticed it had been reborn into a Human baby.

The Dragon then decided to live a life as a Human to the fullest, and regained his will to live. The Dragon was born as the child of a farmer and lives his life in the frontier possessing enormous amounts of power due to his soul being a Dragon’s.

He then encountered the Demon of the Lamia race, fairies, Black Rose, and later entered the Magic Academy. The man whose soul is of a Dragon lives his life in joy going to Magic Academy, spending time with an old friend, The Earth Goddess, meets beautiful girls, strong classmates, the Dragon King and the Queen of Vampires.