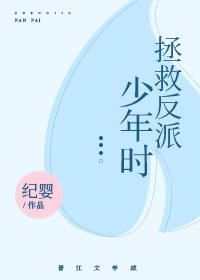 Yan Qi has a secret.

During the day, she is the pampered Miss Yan, a dazzling star.

But during her sleep, she will unexpectedly travel back to seven years ago and become her secret crush Liang Xiao´s little step-sister.

The current all-powerful president Liang, a gloomy and taciturn young man who grew up deep in the mountains, seven years ago he was just rescued back by his family from kidnappers, his whole body full of wounds.

Seeing her shy secret crush blushing even when he speaks with her, Yan Qiwei takes a vow: don´t worry, I’ll protect you.

So she became his tutor, helped him with his treatment, helped him dealing with rude relatives, and walked him from a sprout to a titan.But she couldn’t imagine that the cute golden pup she raised would shed his fur and become an even more vicious than her big bad wolf

One is his many years secret crush, who he couldn’t confess to before her death.

Two, he slightly suspects that the girl he met not long ago is the bright moon he’s been yearning for from the bottom of his heart.

So he has been carefully treasuring her.