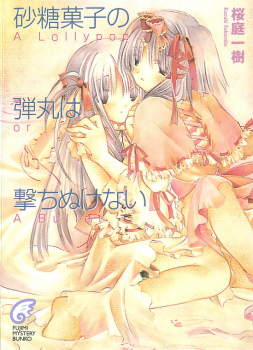 The plot follows two girls and their summer in a rural area.

Nagisa Yamada is a bored teenager who finds everyday life extremely unappealing – thus she plans on joining a Military School as soon as possible.

A strange new student named Umino Mokuzu, who claims to be a mermaid, transfers into Nagisa’s school and, much to our heroine’s bewilderment, soon begins to follow her around incessantly.

Initially, an annoyed and discomfited Nagisa strives to avoid any encounters with Mokuzu. But she soon begins to comprehend the pain and sadness concealed beneath this strange girl’s cheerful and carefree demeanour.