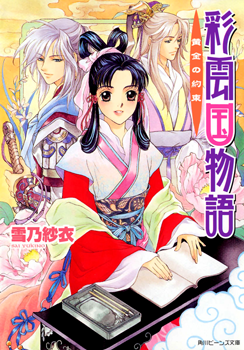 The story, which takes place in the fictional medieval empire of Saiunkoku, follows the adventures of Shūrei Kō, a descendant of a noble family that has fallen on hard times.

Her father works as a librarian in the Imperial palace, a post which offers prestige and respect, but little compensation. Shūrei teaches in the temple school and works odd jobs to make ends meet, but her dream is to pass the imperial examinations and take a post in government, a path forbidden to women.

Shūrei’s plans come to an abrupt halt when the Emperor’s Grand Advisor makes a startling offer, which is joining the imperial household for six months as the young Emperor’s consort, and teach the Emperor to be a responsible ruler. If she succeeds, the financial reward will be great.

The story details Shūrei’s growing relationships with the Emperor and other members of the court, the intrigues that surround imperial politics, and her commitment to better herself and her country.