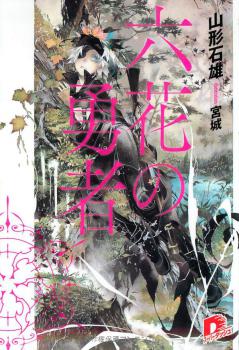 When the “Majin” awakes, the goddess of fate will choose six warriors and bestow them with the power to save the world. Somewhere on their bodies a crest in the shape of a flower will appear and as a result the warriors are called “The Heroes of the Six Flowers”.

As the day of the Majin’s revival nears, Adlet, a boy who calls himself the strongest man in the world, is chosen as one of the “Six Flowers”. But when the heroes arrived at their designated location, they found that there were seven heroes present. Which meant that one of them is an imposter and an enemy. Confused by the impossible situation, suspicion and paranoia spread among the chosen. And within a thick forest, the heroes’ fierce battle begins!