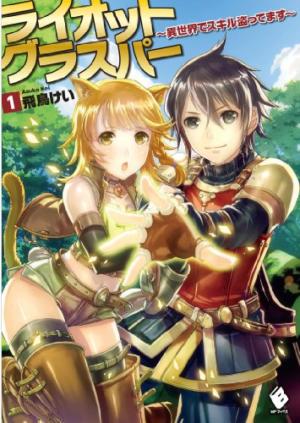 Agatsuma Seiji accidentally dies in his current world. Due to a certain reason, he chooses a world other than Earth as the destination for his reincarnation. Incidentally, he receives a special skill upon his reincarnation, 『Thief’s Godly Skill (Riot Grasper)』, the attraction of which is the ability to steal skills from others.

How will a boy, who longs for nothing but ‘cool’, live his life in this otherworld with the Thief’s Godly Skill!?

No! I firmly refuse!

I can’t run away from this place!!」

Will Seiji make full use of his skill and plunder others, or will he play by the rules——!?