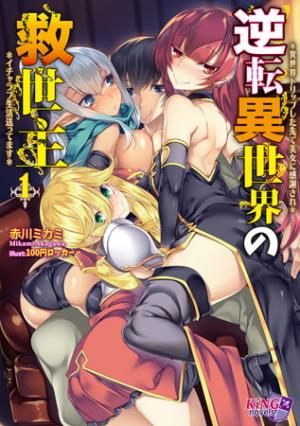 ~Thanks to the Beautiful Women I met in my Trip to Another World, I’m now having the time of my Life~

The story is about the adventures of an ordinary college student, Yoshima Tomoaki, who got transferred over to another world by an unknown accident. He gathered information about the world he had gotten himself into, only to discover that this world is weird in a lot of ways, particularly in their aesthetics of women’s’ beauty, chastity, and libido – in which all of them are completely reversed in this strange world.

Those who were regarded as beautiful in our world were treated with disgust for being ‘ugly’.

Those who were acting prim and proper were ostracized for being ‘lewd,’

Those who were regarded as a virgin were labeled as ‘sluts’.